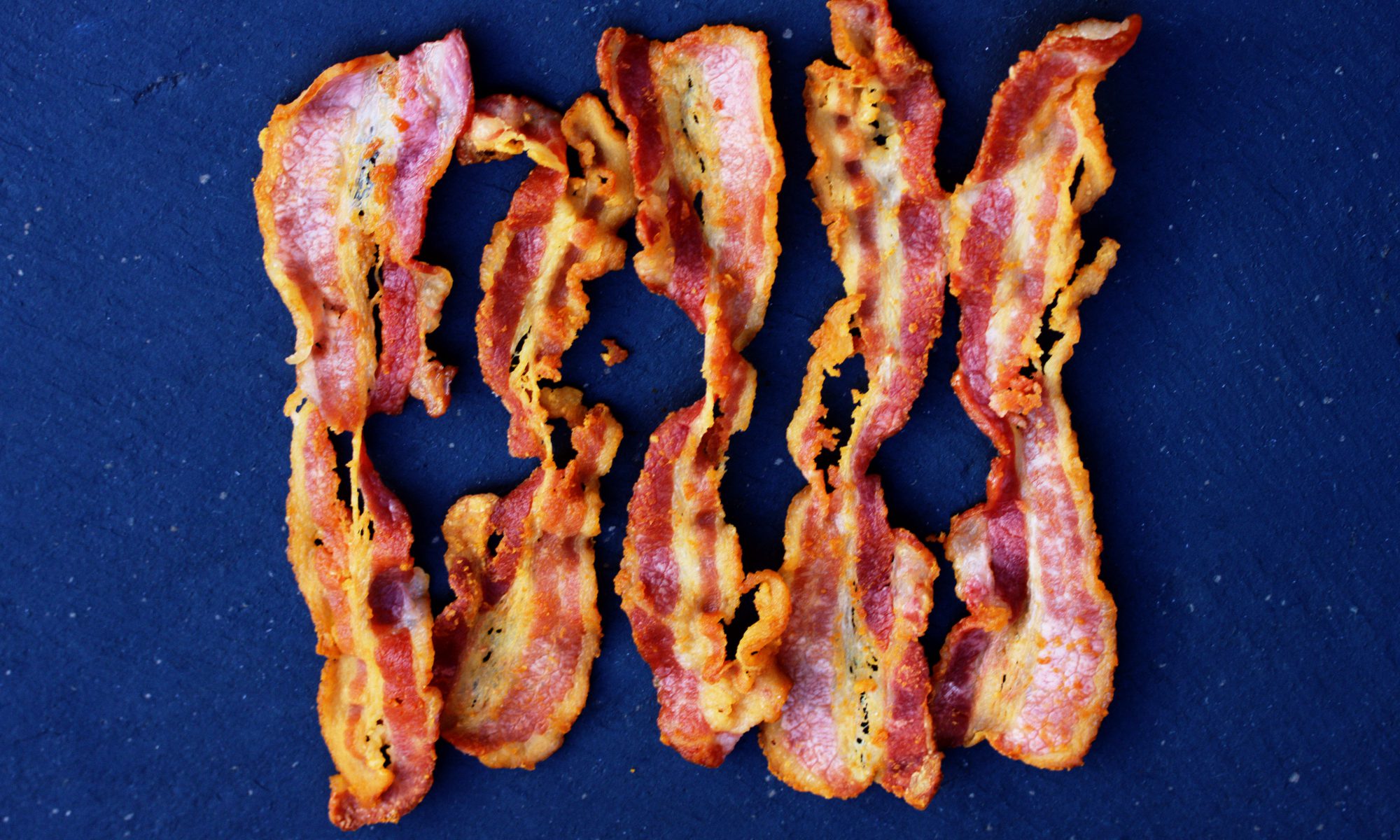 I overheard my work colleagues talking about bacon today. One of them is on a low cholesterol so can’t have any bacon. Of course, that means bacon is what he thinks about every morning!  Anyway, a big debate began about the best kind of bacon. I was surprised how little consensus there was.

It all starts with the simple question…what is bacon?  After lots of ‘googling’, it seems the agreed answer is that bacon is a meat product (usually pork) that has been cured, usually with salt, and then further processed by smoking or air drying.  Doesn’t tell you much does it?

And once you get past that definition, then you have ‘types’ of bacon.  Back bacon, Canadian bacon, country bacon, streaky bacon, slab bacon, jowl bacon.  Then there’s turkey bacon, pancetta, duck bacon, soy protein bacon…and the list goes on.

Then within those you have smoked or unsmoked,  and if smoked, is it hickory-smoked or applewood-smoked?

Being American, my favourite is hickory-smoked, streaky bacon.  It has a very different texture than British back bacon and a much more intense flavour. Don’t get me wrong, smoked back bacon has its place.  You don’t get streaky bacon when you’re on a diet!