We headed to Canterbury on a short break this past week. While waiting to get into the cathedral we came across a somewhat unexpected place- a barbeque joint called Korean Cowgirl. The name alone would have caused us to stop, but the saddles and cowhide covered stools guaranteed it.

This is a place with a bit of an identity crisis. Do they sell Korean food? Sort of. Do they sell BBQ? Yes they do. The founders include a die-hard Texan and another that loves food and travel. It brings together with some very typical Texan BBQ and Korean fried chicken.

The interior of this restaurant definitely shows the mix of cultures. You’ve got wooden beams from Tudor times, steel tables and chairs with cowhide coverings, American, Korean and British flags (all made from rough hewn wood). And then there is the K-Pop playing on the TV in the corner. Definitely a cultural mix.

While the ambiance of a restaurant is important, it is the food that is the most important. So how does the food stack up? We got the Dirty Cowgirl platter so we could try a bit of everything.

The Cowgirl’s signature barbeque is very much Texas-style brisket. In addition to the brisket they also offer pulled pork and Asian baby back ribs. And then there is the Korean Fried Chicken. The Dirty Cowgirl platter contains a bit of each.

Let’s start with the sole Korean element – the chicken wings. These are double-fried in a light batter and then coated in sauce. You get a choice of soy garlic, spicy, honey butter or Yang Nyum. We went for a mix of soy garlic and spicy.

The meat is moist and the skin and coating have a nice crunch. There is also a sprinkling of chopped peanuts that add to both the texture and the flavour. The wings are very moreish and we would have happily had eaten another serving.

The ribs are smoked, braised and then deep fried and coated in an Asian sauce. But are they good? Well that depends on what you are looking for in your ribs. Being baby back ribs, these do not have a lot of meat on them. The deep frying of them gives them a crunch. And the sticky sauce has a nice salty, sweet flavour you expect from Asian-style ribs. The sprinkling of sesame seeds adds a nice nutty flavour that compliments the sauce. These are not American-style ribs for sure, but they are tasty.

The pulled pork was served as small shreds of pork in a slightly sweet and tangy sauce. There was no real bark present and only a slight hint of smoke. The meat had a good bite and a strong pork flavour. The pork was good but was in need of something else for texture.

The brisket is the star of their barbeque. In true Texas style, it is coated in a salt and pepper rub and smoked – low and slow for 15 hours according to their menu. It is served in thick slices either separately or as part of a platter. Unfortunately, the slices we got were from the point which contains far more fat and connective tissue than the flat cut. There was a significant amount of fat present leaving it somewhat unappealing.

When you turned the slices over, it was clear there was a fair bit of meat underneath the fat. This did leave the meat somewhat oily. The strip of meat along the top was full of flavour. It was unfortunate that the meat was so poorly presented.

We ordered a side of pit beans. They are arguably mis-named though. There was more brisket than beans in our bowl — not complaining about that! These come highly recommended.

The only thing missing from this platter was some bread. Both the pork and the brisket would have been better with some fresh bread to go with them.

Rating? 3.5 out of 5. The food was good, but definitely let down on presentation and at £38 felt slightly overpriced. The staff were extremely friendly and welcoming. Next time I think I would make up my own platter focused on the brisket and the chicken. Worth a visit!

Black’s is known for their massive beef ribs and that’s what we were looking to check out. We arrived about 19:30 by taxi. There was a queue, of course, but only about 15 people — about 10 people inside and five outside. We get down to 12 people when someone comes from behind us and hangs up a piece of butcher paper saying they were now out of chicken, pork ribs, and, of course, beef ribs!

Once inside you could see why Black’s would be popular. You have an amazing smell of smoke and a great ambiance. Brick and old barn wood walls, concrete floors, country music and American football playing on a big screen in the corner. It looks like you expect a BBQ joint to look. It was full of people chatting, laughing and having a good time.

We work our way up to the counter a bit disappointed but determined to enjoy it regardless. We decided on some brisket and pulled pork. Perhaps decided is the wrong wording — they had brisket and pulled pork left. We added on a few sides since we didn’t have any meat options so we could feel like we were making choices. We ended up with sweet potato mash, pinto beans, potato salad and mac ‘n cheese.

I was taken back to my childhood as soon as I tucked into the pinto beans. They were just like my mom makes – simply beans with some onion, garlic and I’m betting a ham hock for that smoky flavour. I loved them but felt the need for some cornbread and turnip greens. They definitely were not what you would normally think of as barbecue beans.

The mac ‘n cheese didn’t rate as high. You would really have to describe it as pasta with a nice cheese sauce. It was a bit too saucy with no crust at all.

The sweet potato mash was Adrian’s favourite. It was smooth with just the right amount of butter and a bit of melted marshmallow. I enjoyed these as well but the were a touch sweet for my taste. They were a great compliment to the rich meats though.

The potato salad was a typical southern style with a mix of chunks and mash with some red onion and a touch of roasted red pepper. Mild in flavour with none of that mayonnaise gooeyness that many commercial potato salads have. It was good but there was no wow factor.

But the sides are nothing without the meat are they? So here we go:

They offered a nice selection of beers focusing on local and Texas brands and wine in an aluminum can with a monkey on the label simply called White Wine or Red Wine — no pretense here.

Nice level of smoke with a very basic bark – just a light touch of salt and pepper. The meat was a somewhat overdone but it was after 19:00 so that is not really surprising. The cut of the meat was more like we get in the UK with smaller, thinner slices. The meat had a nice beefy flavour without being too rich. The sauce complimented the meat nicely without overtaking it.

This had a nice, strong pork flavour with a goodlevel of smoke. There was a thin, simple bark (again just a light coat of salt and pepper) which added a perfect level of seasoning. There was obvious signs of smoke ring and the meat had a nice bite to it while still being tender. The main negative was in the serving of the meat — it was chopped up a bit too finely so there we very few pieces you could really sink your teeth into.

Overall a great experience; they made you feel welcome and want to go back.

More than four hours waiting in the queue in the cold. Was it worth it? I have to say that is a bit subjective. Was the food good? Yes it was.

How did Franklin’s score on our scorecard? Here we go:

We found the brisket a bit fatty and wet with no crust resulting in a greasy texture. There was only the smallest of smoke ring with no smoke penetration at all on the fatty side. The biggest issue for us was the very strong black pepper coating. It resulted in hiding the any real beef flavour and left you with very little smoke flavour as well.

That said, it was good. We are comparing against a European flavour profile perhaps. It was very tender. Comparing to BBQ restaurants rather than competition, it was very good indeed. It is easy to see why this is one of the top places in Texas.

The pork ribs were very wet and a bit oily. They had a good bite but perhaps could have benefited from a slightly longer cooking time. The ribs had more smoke flavour than the brisket but it was still subtle. And as with the brisket, the ribs were very peppery.

The ribs were trimmed nicely and were enjoyable to eat. They did benefit from a bit sauce to bring out the flavours.

The beef rib was outstanding. Tons of beefiness. Crunchy bark (without the strong pepper of the brisket). A single rib came in at 1.3 lb – almost a meal for two by itself. It was wonderfully rich with a good texture combining that crunchy bark and the almost creamy inner meat.

The pork had nice strong pork flavour showing the quality of the meat. There was no real smokiness to it and it was chopped up fairly small. Larger pieces would have given a better texture. Best with some of their sauce (though we preferred the ‘Texas’ sauce to their ‘Pork’ sauce.

The turkey was the least favourite of the meats we tried (we did not not try the sausage). Turkey is not a tender meat as a rule and this was a bit on the chewy side. There was very little smoke flavour and no smoke ring at all.

Franklin BBQ is well worth a visit. The staff were extremely helpful and friendly keeping a regular check on the queue to make sure everyone was okay. The place had a nice ambiance and the time spent in the queue, despite the cold, was enjoyable. We met some great people. It is easy to see where Franklin’s reputation comes from. 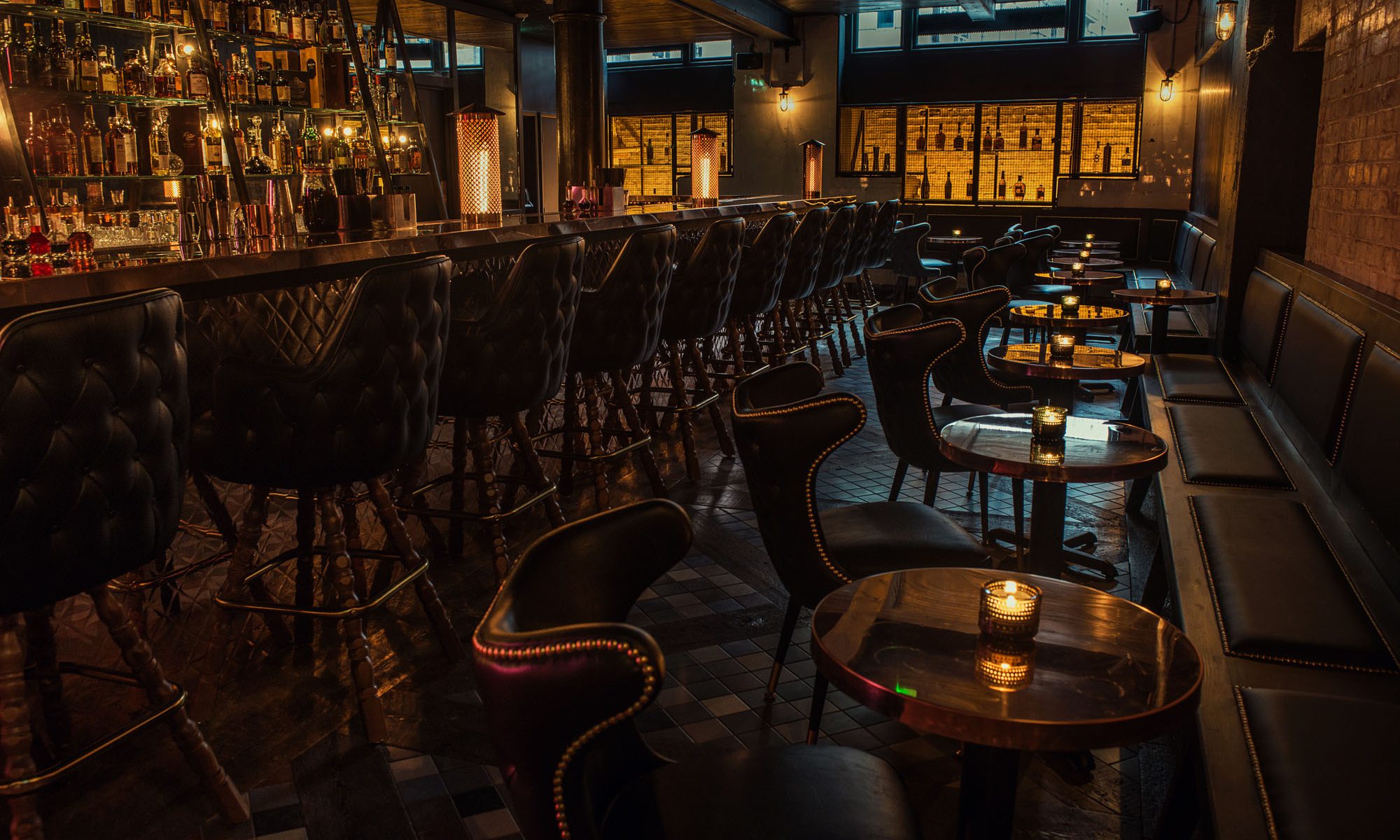 Finding a good spot for date night can be a challenge.  Either the place is so busy it’s too loud to talk or it has no atmosphere at all.  Harrild & Sons, on the site of a former printing press manufacturer, offers bags of atmosphere, a wide range of craft beers and surprisingly good food.

END_OF_DOCUMENT_TOKEN_TO_BE_REPLACED

Dining is certainly turning around in Tooting. It’s no longer just curry joints and ‘The Little Taperia‘ is good example of the fine eats now to be found there.

It’s an intimate restaurant–small but inviting. They offer both table and bar seating in two sections. The front has a bar with high chairs and a few table while the back looks directly onto the open kitchen. In fact, you might say you are in the kitchen! Some of the best seats are at the back bar where you can see all the cooking.