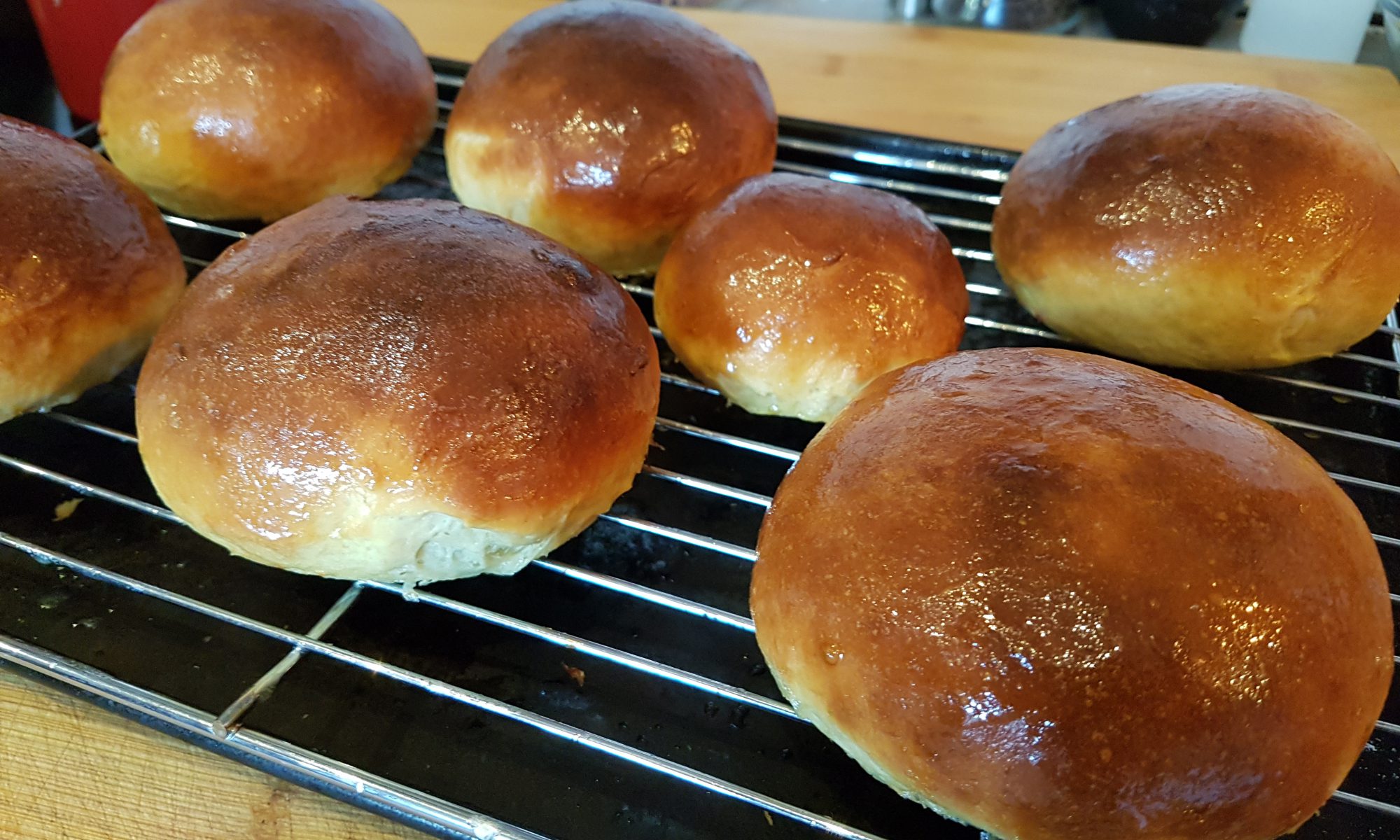 I’ve always found a brioche bun to be a perfect compliment to pulled pork. Getting good brioche buns has always been a problem though. An excellent recipe may well have solved that.

We came across a YouTube post mentioned by Bunch of Swines on their Facebook page. It’s a bit different than most brioche recipes. Much less butter and the addition of Tangzhong.

Tangzhong is a Japanese technique where you cook a small portion of the flour and liquid (water or milk) briefly before combining the resulting thick paste with the remaining bread ingredients.

This technique breaks down the starches in the flour allowing them to absorb more water. It can allow the flour to absorb twice as much hot water or milk as yeast dough normally does. And it is able to hold on to the extra liquid throughout the kneading and baking processes. This means: 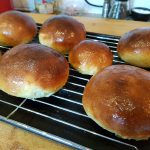 These light, buttery buns are a perfect match for burgers, pulled pork or for the best ever bacon roll.

In my first effort with this recipe I found the buns browned too quickly.  I’ve watered down the egg wash slightly and reduced the oven temperature by 25 degrees.  I covered them with foil at 11 minutes to stop them browning further.

I also found the buns to be a little bit dense.  Now you want a certain level of density to handle the juicy burger and sauces, but this could be a bit lighter.  I believe the key to this will be to do use smaller portions and let them rise longer to the desired size.  The extra rise should ensure a lighter texture.

But how did it come out? Was it a perfect burger bun? Despite the recipe notes above, they were still really good. Have a look: